In Australia probably the best drift events we have are the Drift Matsuri’s that happen across the country. When I attended my first drift matsuri it was at Queensland Raceway. I loved every moment of it. But recently, I experienced a drift event in Japan that had me so excited & adrenaline pumped that I couldn’t contain it. AND I WASN’T EVEN DRIVING!

This event was Dori Dore ドリドレ which translates to Drift & Dress up. Like the name suggests, it’s a combination of drift & show cars. But before we get into what the event was like. Let me give you a bit more pre story. I had just gotten back from Drift Matsuri at Ebisu circuit in Fukushima. Which is North Japan. I live in Yokohama which is about 4hrs drive from Ebisu. We woke up bright & early the next day & drove another 4.5 hrs towards Nagoya which is south Japan. We arrived at Mikawa Motorland at about 10AM. It took us 30min to park the car because there was a line of cars all trying to get into this hidden away track in the mountains of Aichi. The amount of cars parked everywhere on the side of the road & even on farm land before the official carpark for the circuit was insane. It was clear that this event was going to be big.

As I got out of the car I knew I wouldn’t be able to leave until everyone else did because leaving space for cars to come & go as the pleased wasn’t the priority anymore. You could hear in the distance drifting & a crowd of people cheering & shouting at the same time. As I walked up the entrance road I walked through the car park where there were a heap of awesome cars on display. I assumed this must be the “Dore ドレ dress” part of the event. (I was so wrong)

We finally got to the top carpark where the pits & entry to the track was & I couldn’t believe my eyes! My Jaw must of dropped because I lost all track of time as I took in the atmosphere there. It’s really hard to describe in words. But it was just amazing. Everywhere you looked there were cars that looked like something out of fast & furious tokyo drift but 1000x more authentic. No hollywood over exaggeration or in this case under exaggeration. People in the pits & carpark were repairing their cars from broken control arms, blown diffs, gearboxes to drift stitching FRP body parts. And the best part. Everyone had a huge smile on their face & were helping each other out where ever they could. My attention was shifted as I heard a bunch of SR20 powered S chassis limiter bashing to physic up the crowd. I watched as they went out on track & I ran to the track side to watch what was about to go down. 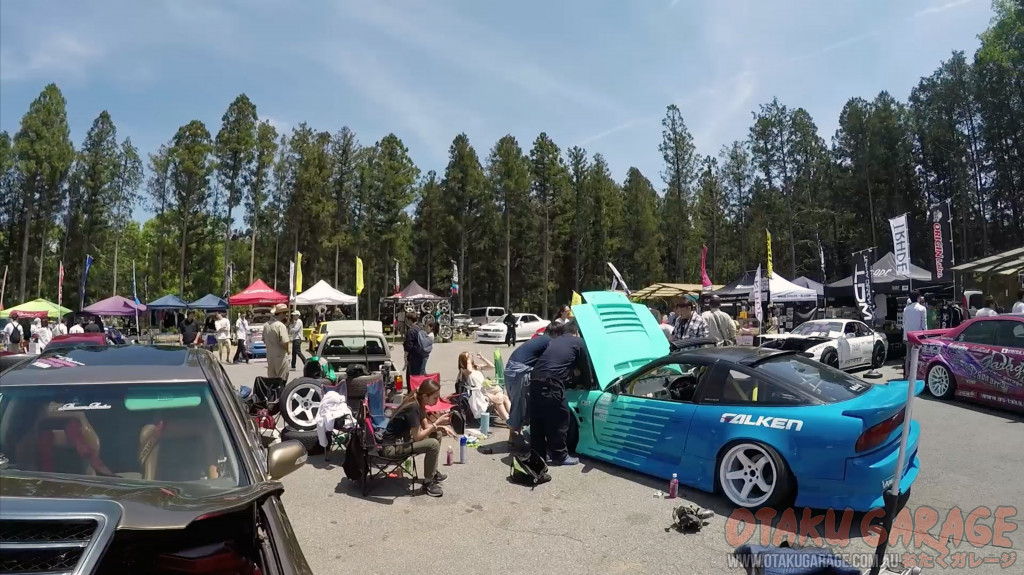 Mikawa Motorland looks like a really fun track to drive. The way it’s built is perfect for a crowd to get in on the action & enjoy it. The final corner is surrounded by places for people to watch. And the rules there were so loose people were standing where no barriers where on the tarmac it self.  You could hold out a LED pole & tap the rear of the cars drifting thats how close it was. 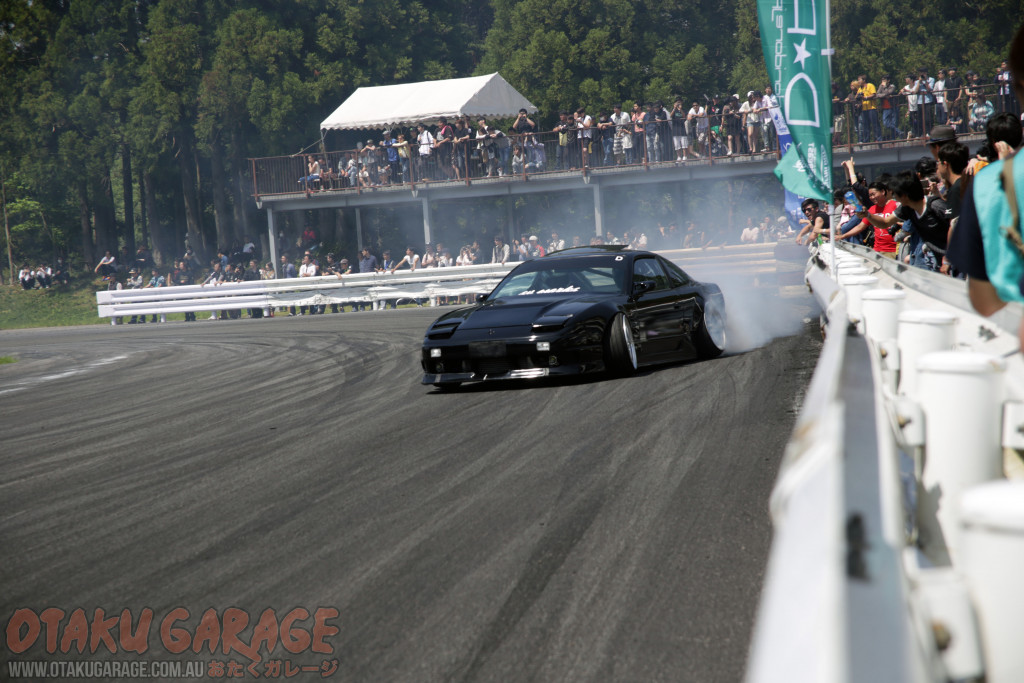 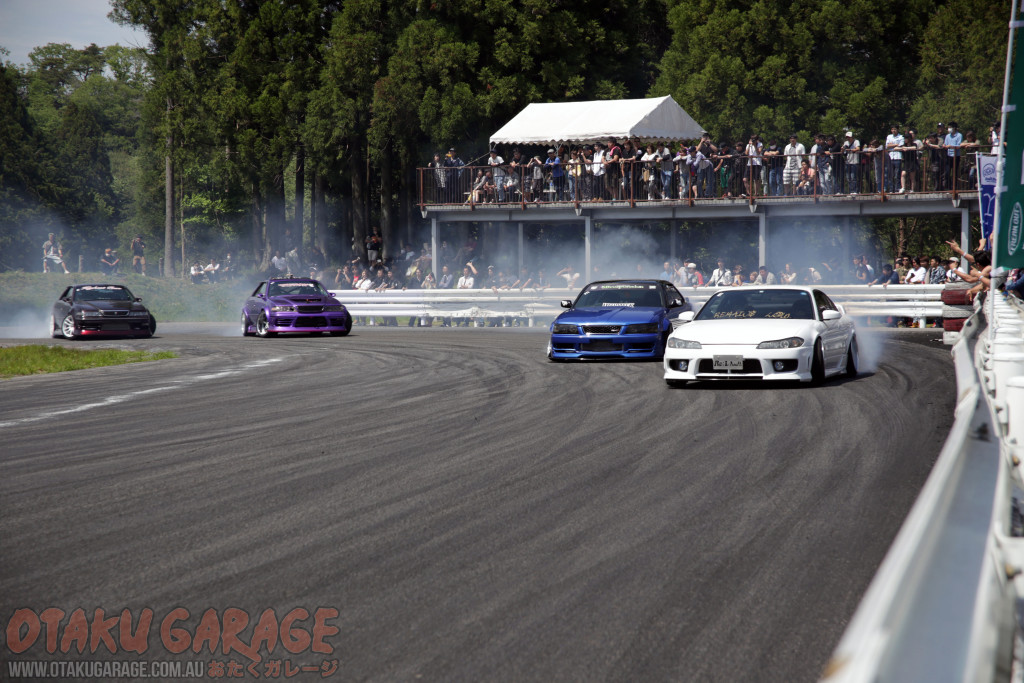 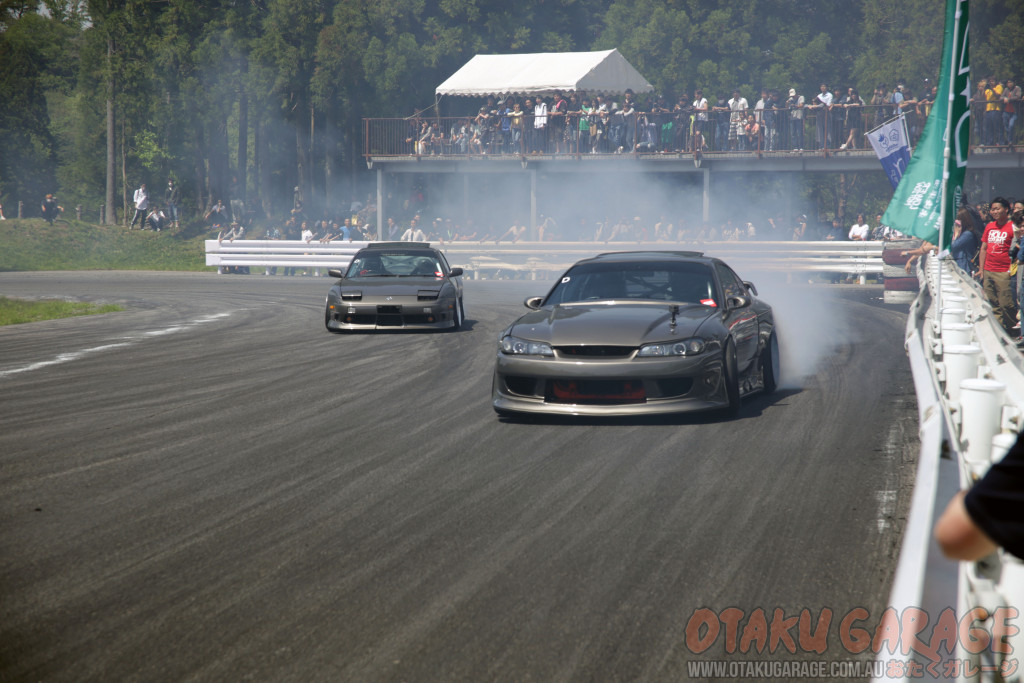 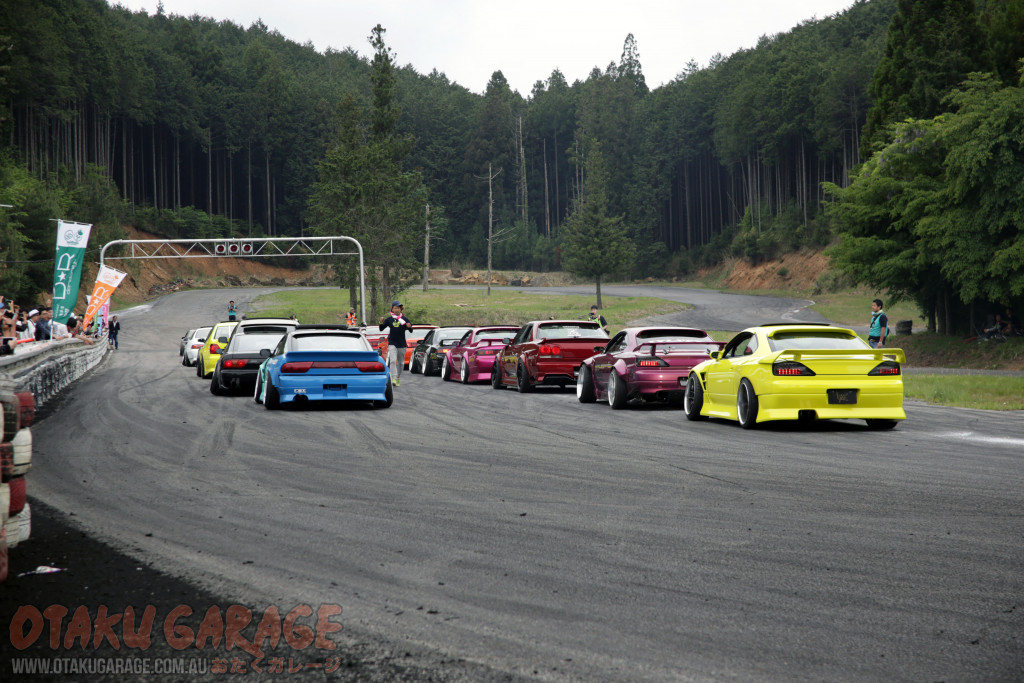 I was fortunate enough to bump into Erisa @100tepodon who competes in D1 Street Legal. Which is now known as D1 Lights. Erisa is a well known driver from around Osaka & it was an awesome experience to get to go in the passenger seat while she drove in her JZX100 for the staff session of the event. Erisa & her husband drive together all the time so getting to see them tandem from the passenger seat was on another level. 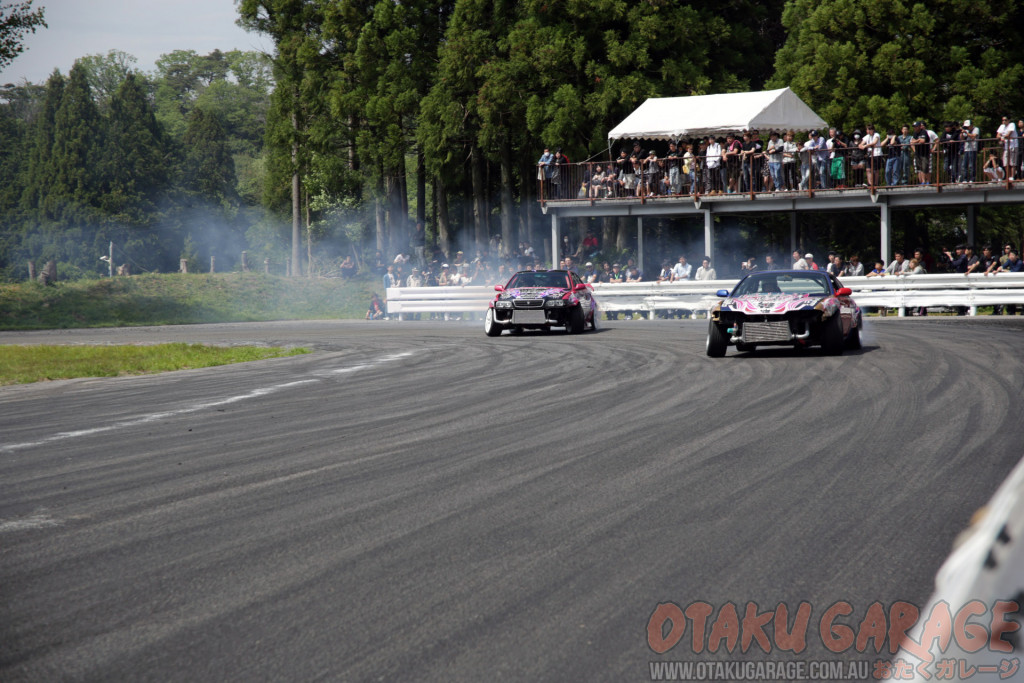 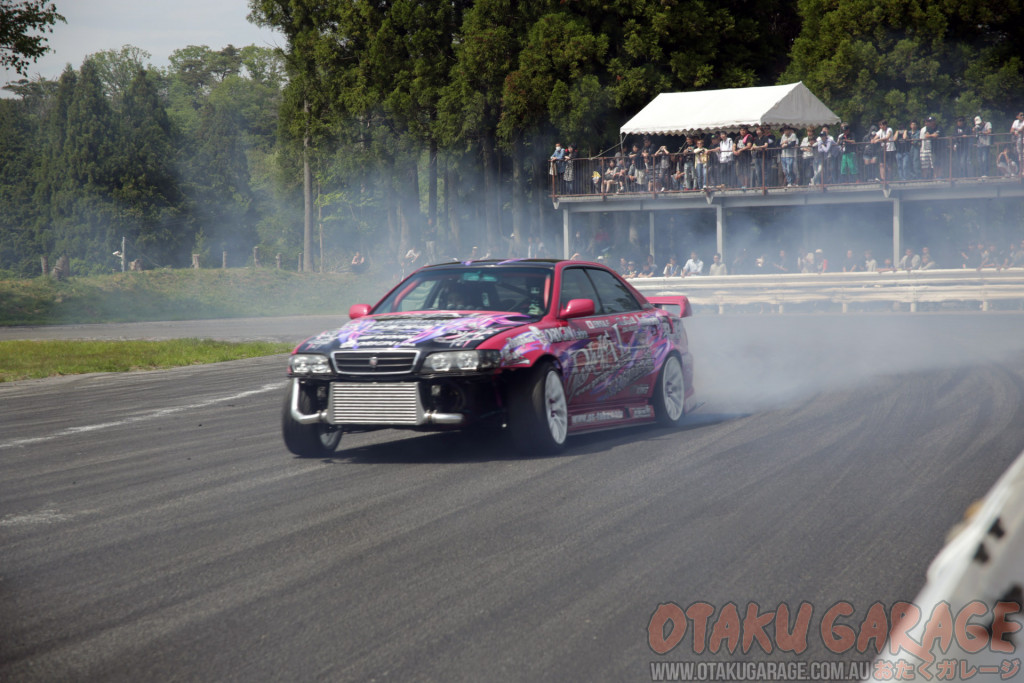 Over all the event was amazing & I am eagerly waiting to attend the next event. You can check out my full vlog/ walk around video of the event below. If you like what you see, please head to my youtube channel & subscribe. I upload every week & try my best to share the experience of what it’s like living in Japan as a car enthusiast with everyone.